Despite Covid 19 closing the uk down for a year, I have been busy at work all year.

Both Shaz and I got Covid late November,  the a major operation for her just before xmas.

I bought a cheap Suzuki Burgman 650 which is surprisingly nippy, even with us two fatties, we got some miles in over the Lancs and Yorkshire dales.

Wusty Rex my Steampunk xvz1200 is off road at moment . With no events , it seemed pointless getting it finished..... 21 maybe.

Well its November 2019 already.  Where this year went I do not know.

Llangollen Bike show was a great weekend and one of the few times I got out on the bike.
Wusty Rex and it is now called , has become a steampunk roadster and as time goes on a few more bits added.
between house renovations and work, little extra time for the bike other than the odd hours adding stuff, 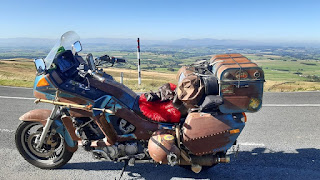 This was coming home from Haggs Bank Horizons Unlimited weekend.
One night stat in a tiny tent with no sleeping mat and only 2 tent pegs. Oh and a small summer sleeping bag..... not one of my most successful camping trips. 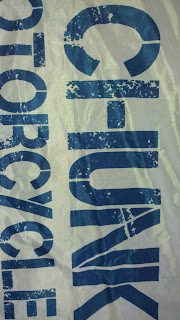 A few days before anf the XMAD  PARTY..... well get together for a few friends and Chunky Tread MAC members.

Ian Coates will be chatting about his travels, and the raffle prizes include books and bits from

Posted by Pete Johnson at Saturday, November 02, 2019 No comments:

Would 'anonymous' please stop adding comments to  this blog. None will be posted, all will be deleted.
5-6 a day from the same source is annoying. Spam will not be tolerated.
Posted by Pete Johnson at Saturday, January 19, 2019 No comments:

Having bben in the new house for 2 years in October and still trying to make my business work to the degree I want, the biking bit seemed to pass by this summer.

I did start to 'Rusty Wreck' the Yamaha and despite the 2nd gear issue ran the North Coast 500 again with the CHUNKY TREAD MOTORCYCLE ADVENTURE CLUB .
The 17 or so  riders and bikes spread themselves across the loveliness that is Scotland and enjoyed cool and mainly dry weather.

OK the rear brake wasn't working at all.... I didn't realise that the front right disc brake runs off the rear brake pedal only. That means I rode 1200+ miles over 5 days with just the front left disc stopping me....... I guess that's why the disc warped making slow breaking a bit of a chore, and faster braking a hell of a wrench on the lever.

More pictures later. But if you ever get the chance to ride the NC500 around the Scottish coast..... do it. may June have proven to be the best months over the past 3 years, 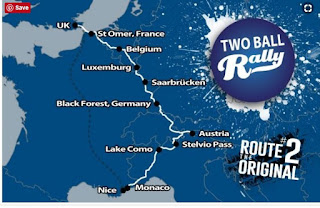 Buy a car for less than £567  and drive through 8 countries in 6 days, collecting points for the fun of it.

So with my oldest friends Andy and Graham who I have known since I was around 11 years old (49 years if you are counting ), we bought an old Landrover Freelander 2.0 Diesel and planned our escape.

It was our 60th birthdays (Graham 61) despite being told by many folk that an old Freelander would  never drive 3000 miles without all sorts of things going wrong, we set it up.

Dressed as the THREE AMIGOS and with the car decorated with a Donkey, A coral, and many many stickers such as
ADVENTURE BEFORE DEMENTIA
NO HAIR
TEAM 60

A few 'fettles' on the brakes and heater hoses got us through the MOT test and road legal.

After a few test rides we set off to Dover and found the heater hose still leaking.
Quick Fix on the docks and we were good to go.

A few days later and driving into the Alps and Switzerland we had a turbo hose pop. With a shopping bag, 4 cable ties, a crepe bandage and some red insulation tape we sealed the leak and THREELANDER saw us complete the run through
France, Luxembourg, Belgium, Germany, Switzerland, Austria, Italy back into France then home to the UK.

www.twoballrally.co.uk  do this route, one in the UK and brack run through France and next year London to Lisbon. 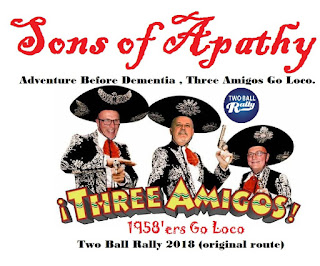 7 years ago this week I was wandering through America visiting towns called Manchester.
My alter ego Harry Stottle Poet (see facebook/HarryStottlePoems or twitter @arrystottlepoet ) posted this .

Published by Peter Johnson · 23 October 2015 ·
Road2manchester.
Verse;
Not every day you set out, on a trip to change the world you know
Riding across American lands, ten thousand miles or more, to go.
Leaving my love behind me here, hope she knows that I love her.
The way is clear, so I must ride the Road 2 Manchester.
Chorus:
I have seen some Strangeway’s, the Rainy City shows,
packed my hat Ancoats, just in case it rains like home,
The Man can leave his home town, but does the Manc still sing
Three hundred years in the USA, what changes did that bring.
From the UK to the USA, a message from my town,
Deansgate, Piccadilly will these names be re-found,
Names that may be local to many more like us
Mancunians across the world, do you say BUS or BUZZ
Yank or Manc’ from back, far back in the day
Did your folks come from around here or as we say “our way”.
Black Puddings, Eccles Cakes, We have the cream of beers too
Fish and Chips in newspaper might seem obscene to you.
The firsts of Manchester history for ages long have been
Revolutions in industry, science and peoples dreams
From the Romans to the industrial age we invented innovations
We are half way north up in’th-ills in’t center of our nation.
With wonder, with music, with ideas that moved. the oasis of charm
around the world you hear that we greet with open arms
One thing is certain, that I can be so sure, as I travel near and far
You’ll find me on the road again the road to Manchester.

The 1 year anniversary of the Manchester 'Terrorist' bomb was last week. A young man influenced by his religion and those who want to change the very society that they use to thrive  but say they hate, walked into a pop concert and killed himself and many other your people. Adding hundreds to the injury list and for what?
Those that groom these young people to take their lives in the name of a unproved ethos are still around, still alive to get others to do the same.
One thing I learned on my travels is that people the world over a nice..... just normal, .... just living and enduring their own issues and daily needs.
Only leaders, religious, political and those so call 1% ers, who strive for power create the bad.

My Manchester has been through many such attrocities and survived, we will survive, we will continue. In my travels to 25 Manchester's I found friendly folk , smiles, welcomes and good cheer. I was welcomed into peoples homes.

THE WORLD IS A GOOD PLACE, PEOPLE ARE GOOD.

I am Harry Stottle, I am Pete Johnson. I am Road2manchester.

THE START OF MY ADVENTURE

http://youtu.be/5GClZJ5looY Friday 13th 9am Manchester UK Hello from Boston Massachusetts. Well what a shock the last 48 hours have b... 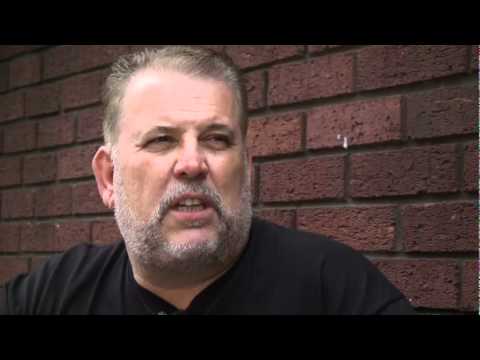 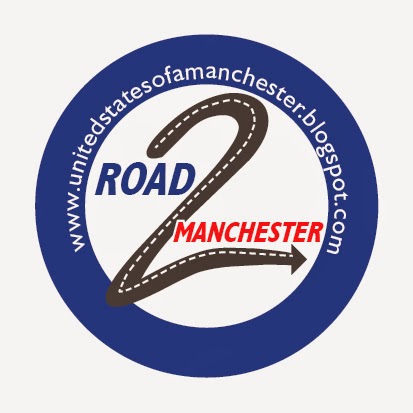